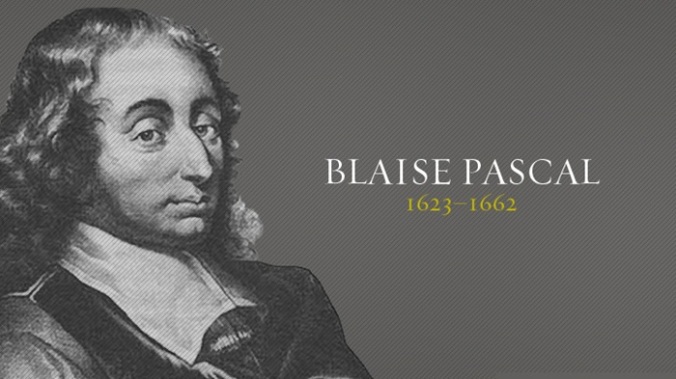 When we die, what do you think is on the other side?  (good question)

Recently, I read a story of a son (a Christian) asking his father (not a Christian) if he ever worried about what happens after we die.  “The next life?” the father said. “I’ll worry about that when I get there!”

But, what if “when I get there” is too late?

Blaise Pascal was a 17th century French philosopher, mathematician, scientist and inventor.  He was also a Christian who is famous for what is commonly known as Pascal’s Wager:

Does one really want to wager that Christianity is false and risk spending eternity in what the Bible calls hell?

Pascal’s Wager is not without its opponents.  Writing for Christianity Today, Michael Rota cites atheist, Richard Dawkins, who asked whether God might not respect a courageous skeptic “far more than he would respect Pascal for his cowardly bet-hedging.”

Make no mistake though.  Christianity is not an unreasonable option when one is considering whether or not it is true.  Taking together the order of the cosmos, the intelligent design of the human body, the historical reliability of the gospels, and the historicity of Jesus of Nazareth, the cumulative evidence for Christianity is, to say the least, compelling.

Contrary to how Dawkins may respond, Pascal was not a coward but rather quite courageous, himself, in posing such a pointed question to whomever will pause long enough to consider the gravity of what he is asking: What if the Bible is true after all?

Certainly, Christianity requires faith.  But, make no mistake: so does atheism.

In his article, Rota concludes, “If I find myself thinking that Christianity might be false, I remember that it [also] might be true.  Do I want to take a real risk of turning my back on Jesus?  Never.”